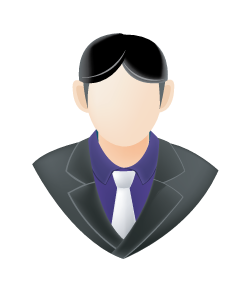 Hi! My name is Eric and this is my new energy blog. I am a pretty old guy. I was one of the original 1960s hippies who used to drive around Australia in a VW van. The most important thing I learnt as a young man is that we all need to look after Planet Earth. When I bought my retirement home in Sydney, I decided to make it as eco-friendly as possible. I asked a contractor to visit my home and install wind turbines and solar panels on my home. I hope you will join me in my effort to save this planet.

Christmas comes but once a year. Do you insist on …

When you're thinking about having a new lawn put d …

Do you think Australia does enough to encourage me …

A restaurant, school or other establishment that p …

How Do You Protect the Planet?

Do you think Australia does enough to encourage metal recycling? Currently, you only receive a cash incentive to recycle in South Australia and the Northern Territory, and that's only for aluminium drink cans. Having said that, the environmental benefits should be incentive enough, since for every can you recycle, you save enough electricity to power a TV for three hours - electricity that would have otherwise been used to make new aluminium.

If you enjoy recycling, you may enjoy these metal recycling ideas.

You'd be forgiven for thinking that British inventor Rob Higgs looked at the humble corkscrew and wondered how to make it more elaborate. His efforts resulted in a fantastically complex creation made from 300 pieces of scrap metal (including an old cannonball) which takes up the entirety of an average sized table. Looking like the skeleton of a robot, the corkscrew holds, opens, and pours the wine. Mr Higgs has sold his invention to a six-star hotel for £100,000 (around $186,000) and has been commissioned to make another 25 of his corkscrews. It seems that rummaging around for old pieces of scrap metal can pay off.

Sure, you could glue a few pieces of scrap metal together and call it a sculpture, but it takes a heck of a lot of effort to build a fully immersive world. Dr Evermor's Forevertron was built over a number of years in the 1980's, and is the largest scrap metal sculpture in the world. Located in Sauk County, Wisconsin, the Forevertron is 15.2 metres high and weighs more than 300 tonnes. It contains historically significant scrap metal, such as the decontamination chamber from Apollo 11, the first spacecraft to land men on the moon. The Forevertron is part of Dr Evermor's Art Park, which contains a number of large scrap metal sculptures that visitors can walk through.

If you happen to be driving through South Dakota and glance out the window - don't worry, there aren't robotic animals stalking you. Artist John Lopez has created a veritable farmyard worth of life size metal animals - all from scrap. These creations are stunning to look at, and are stylised versions of familiar creatures, although the scrap metal Tyrannosaurus Rex is somewhat unsettling.

Rob Higgs, Dr Evermor and John Lopez have all shown just what can be made from scrap metal. The next time you throw an old can into the recycling bin or visit places like Raw Metal Corp, just imagine what kind of amazing creation it could become… if you have a few years to spare!